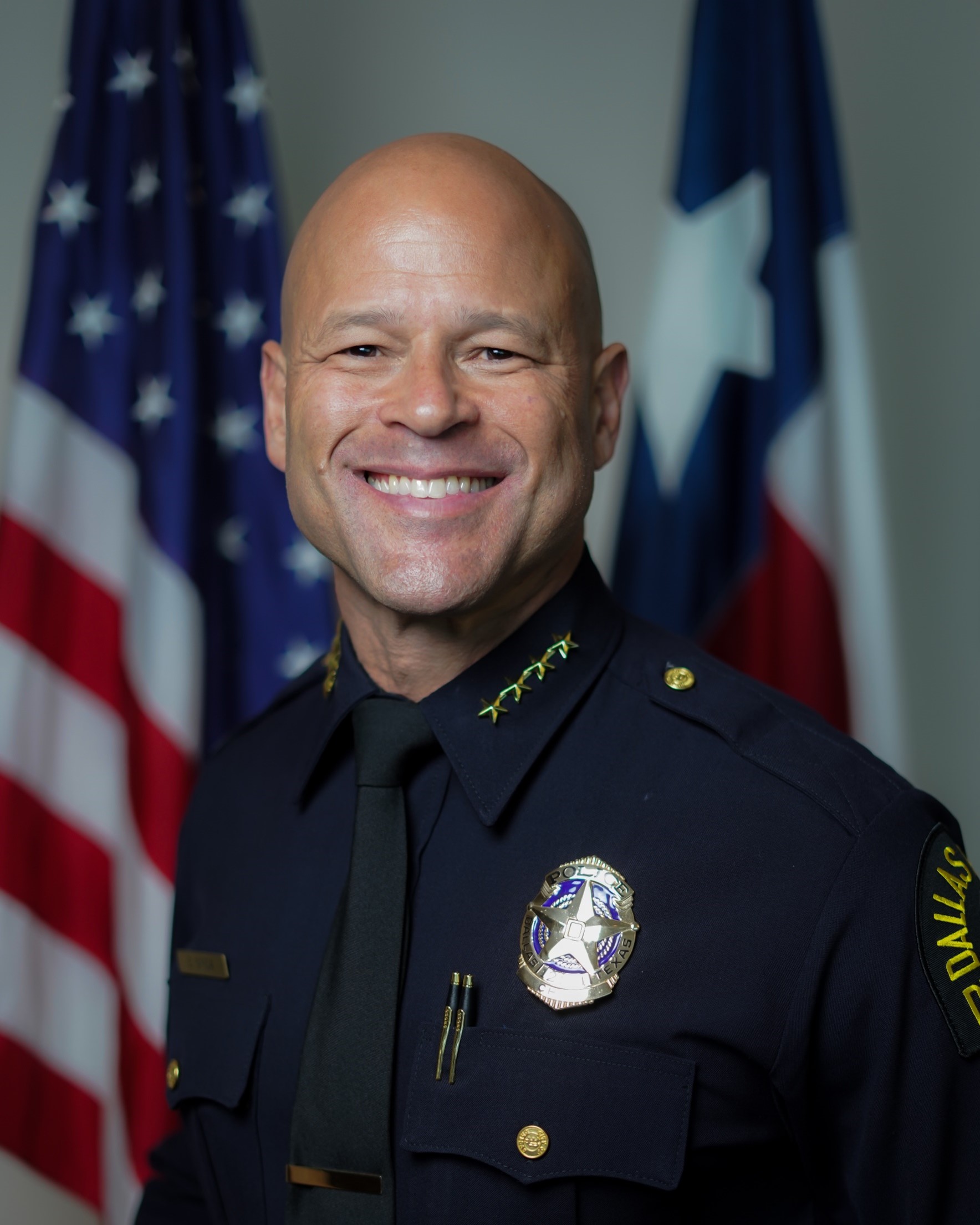 Chief Edgardo (Eddie) Garcia is the 30th police chief of the Dallas Police Department and is the first Latino to serve in this position in the Department’s 140-year history. He was appointed in 2021 to command the ninth largest police department in the country. Originally from Puerto Rico, Chief Garcia’s background has been the driving force that has helped light the path of possibilities between law enforcement and the community. His energetic hands-on leadership style, along with 21st Century Policing practices, has taken the criminal elements off the streets in an unbiased way and reduced crime while maintaining the support of his troops. Prior to his appointment as Dallas’ Chief, Garcia served as the Chief of Police for the San Jose Police Department.

Chief Garcia was with the San Jose Police Department for his entire 29-year career. He joined that department as an officer in February 1992. He worked in Patrol, Narcotics, and Special Operations – M.E.R.G.E (Mobile Emergency Response Group and Equipment). Chief also served as a patrol sergeant, night detective and homicide investigator. He was promoted to Captain and then Deputy Chief. In late 2013, Chief Garcia was named Assistant Chief and was subsequently appointed the top position in 2016.

Chief Garcia, who is bilingual in English and Spanish, places tremendous value on public safety and community engagement with the understanding that it is a shared responsibility and that police cannot do it alone. He stands eager to start this new chapter in life and this organization with a mission to make Dallas one of the safest cities in the country.